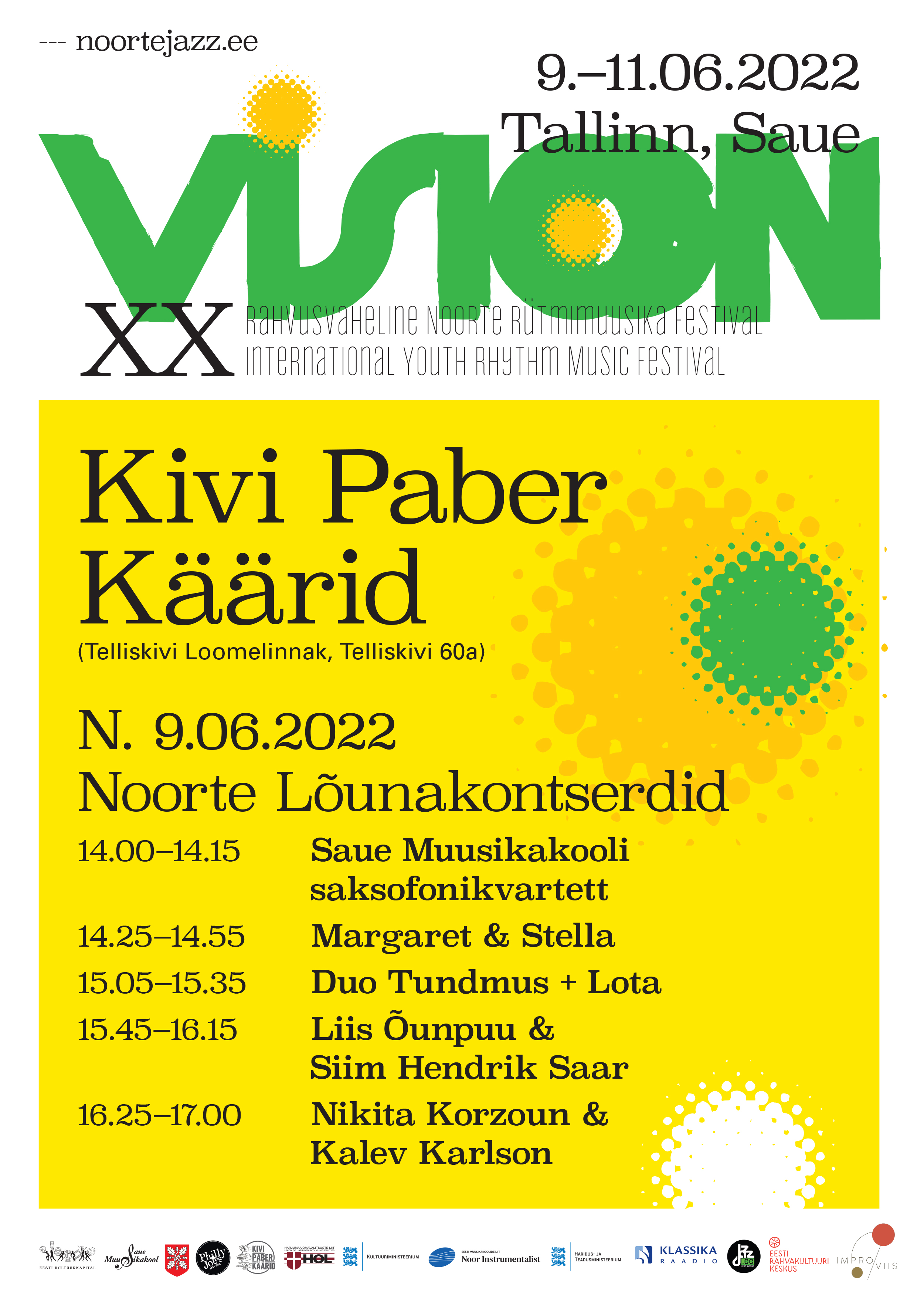 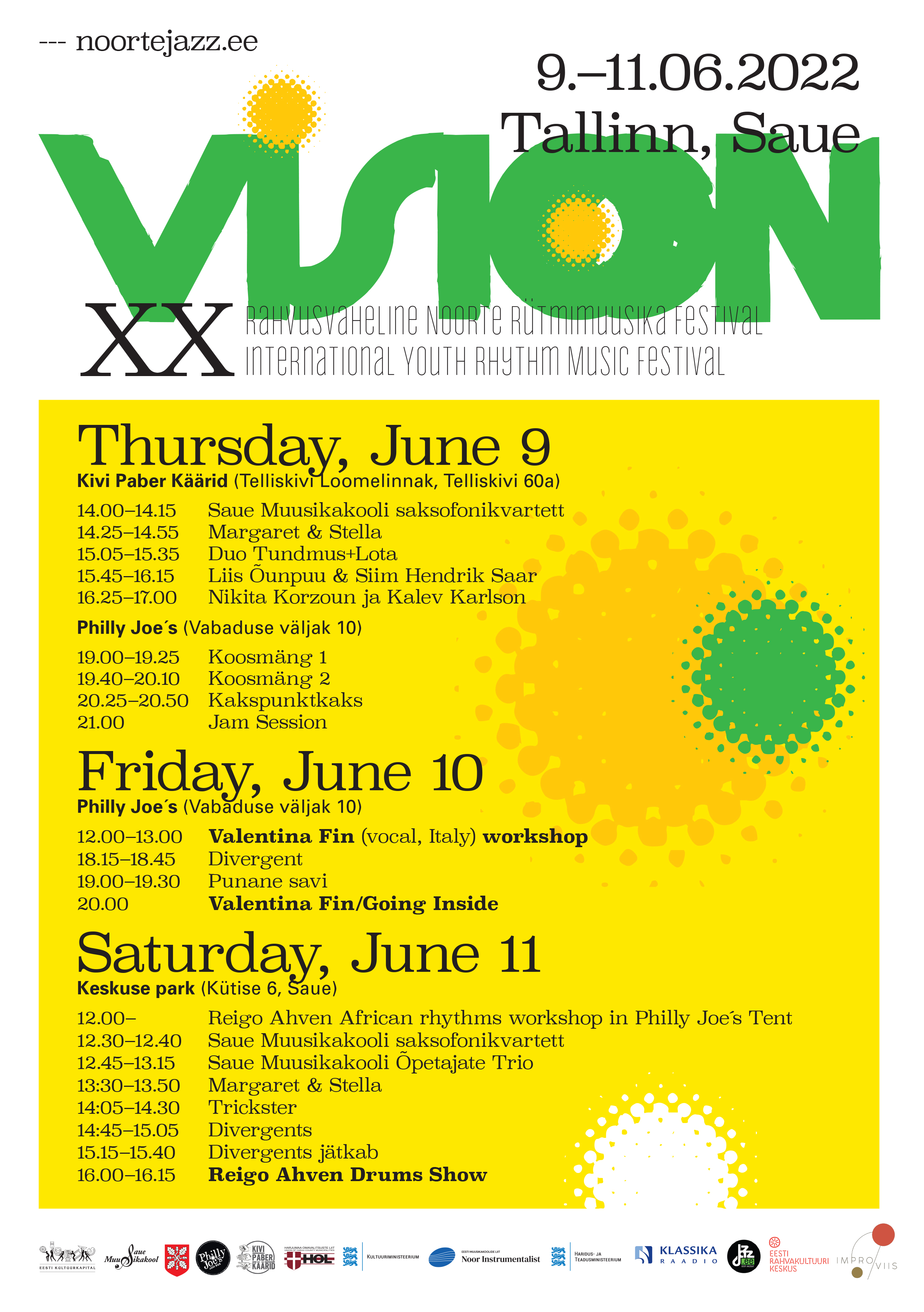 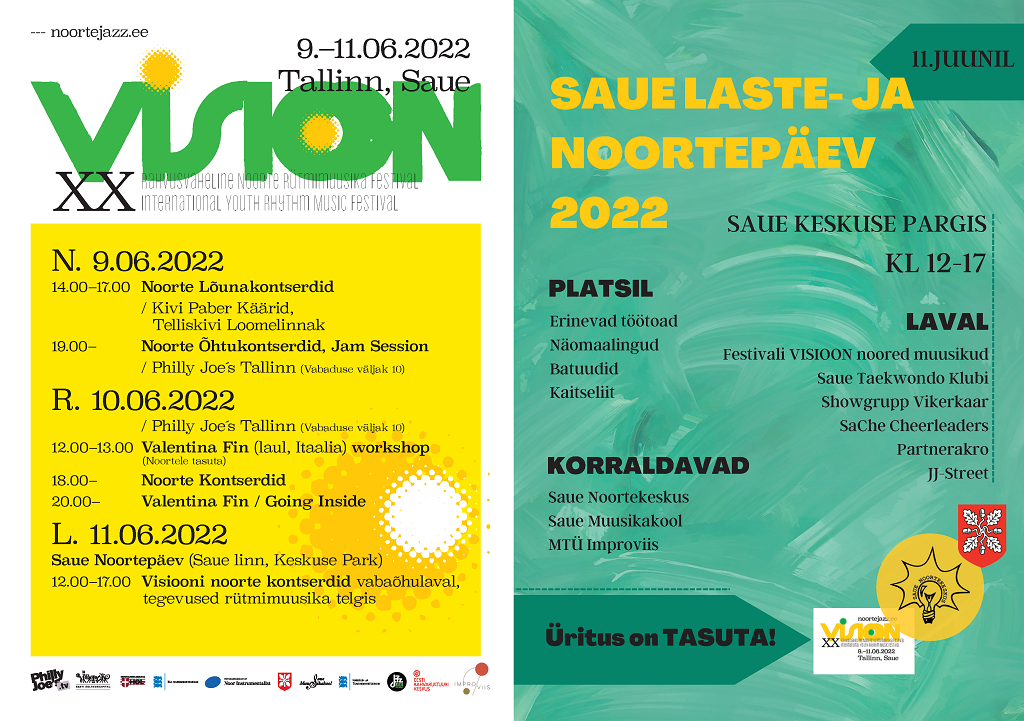 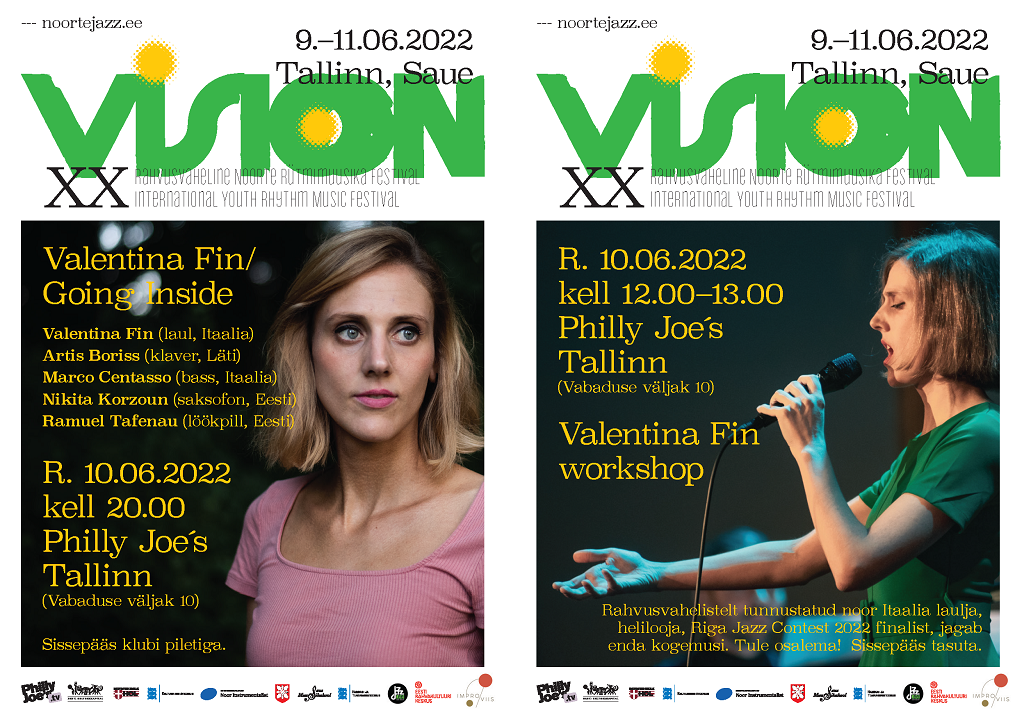 The "Vision" festival is a musical view of the future and is intended primarily for young musicians who like improvisation and jazz music. The festival began in 2003 with the opening of a pop-jazz department at the Saue Music School (led by Iljo Toming).

The festival takes place every year in the smaller concert venues of Tallinn, in the Telliskivi Creative City, in the Philly Joe Jazz Club and on the Youth Day on the open-air stage of Saue. The festival takes place at the end of the academic year in June and at the beginning of the academic year in September. The festival is attended by young musicians from jazz and rhythm music departments from music schools all over Estonia. Beginners, Estonian municipal hobby schools, as well as advanced secondary and higher education institutions will perform on one stage. In addition to Estonian youth, soloists, ensembles and Big Bands from other countries will take part in the festival: Finland, Latvia, Sweden, England, Denmark, Russia and elsewhere. Where possible, workshops and Jam Sessions will be held for young people. Every year, an average of 140 young musicians participate in the festival.

Today, many of the young people who performed at the Vision's first concert have become excellent teachers and top musicians who perform at concerts, participate in international projects and represent Estonia at competitions and festivals around the world.

Happy Vision to all! 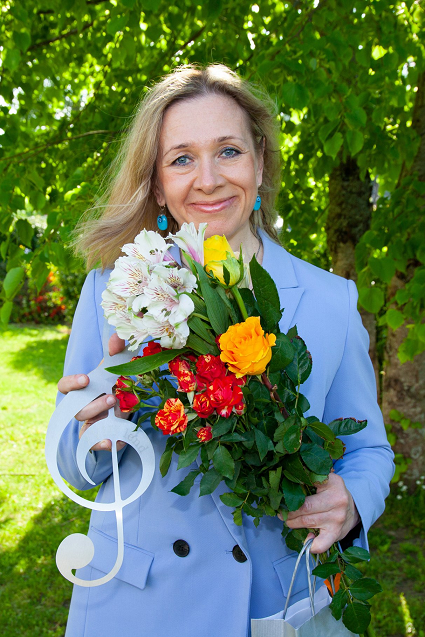